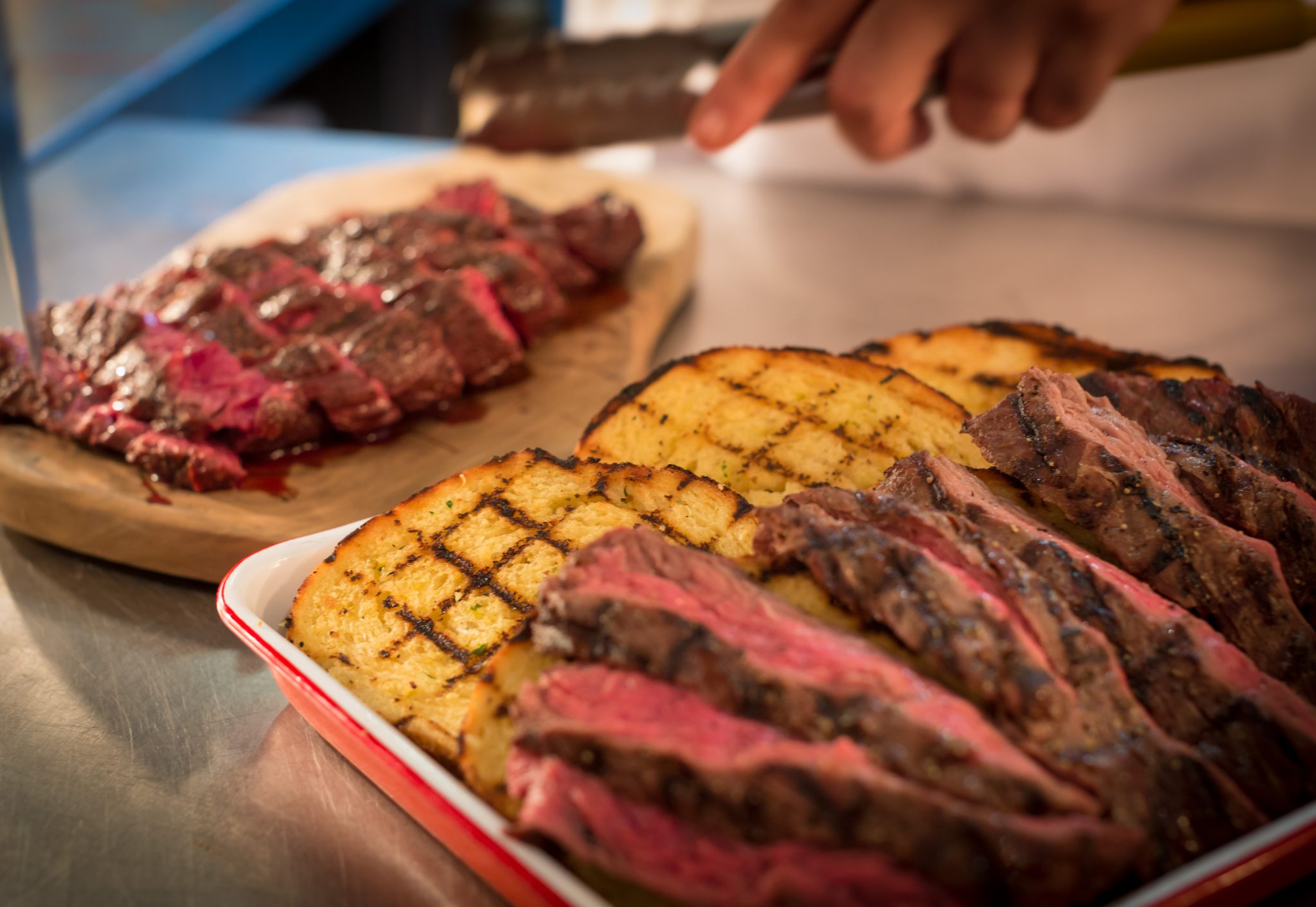 The Trencher is, at its heart and in its history, the very essence of frugality and thrift. A trencher was, dispassionately and objectively, just an efficient use of bread. This though undermines the depth of flavour, the texture whack and the glory that is the trencher. “Just an efficient use of bread” is like saying that a Spitfire is just a plane or that music is just a noise. The trencher is – our humble yet greedy view – a very worthy definition of that elusive object that is greater than the sum of its parts.

Depending on what you read and where you read it the origin of a trencher is using “bread as a plate.”  Whilst this is an interesting and innovative it is really not very rock and roll. In Mediaeval times meat would be carved and served upon this bread plate, the word “trencher” being a derivation of the French word “trancher” meaning to carve.

Now, my wife is French and we have three a-little-bit-French children so I am also a keen, not to mention contractually obligated Francophile – and so credit where credit is due. The theory is that the bread plate would collect the meat juices and that the plate would then be eaten – these edible plates of the 1800s being a quantum leap ahead of today’s biodegradable crockery.

Another idea is that, whilst hunks of roasted meats were resting that old and stale loaves would be left underneath to catch the juices, though there is no snazzy French mispronunciation to point the historical finger.

We launched Arlo’s in Balham in on the 21st July 2016 and our signature take on the trencher has been on the menu since this day 1. An Arlo’s trencher is a thick slice of our 48 hour organic Brixton sourdough fire-crisped, basted in one of our fresh & homemade compound butters or flavoured oils and then served underneath your carved steak. Think of it as a Yorkshire pudding whose flavour has been amped up to 11.

We love it, and not because it is different or efficient – and not even because it is a little bit French. We love it because it amplifies the flavour, it boosts the beefiness, it mops up the steak juices and it adds its own texture – the hot garlic butter melting into the bread like God’s own crumpet, the crispiness of the charred edges of the bread or the contrast of the umami steak and the smoked chilli on the sourdough. Our trencher is a pair of brackets around your steak – crisp bread underneath, a juicy and perfectly cooked steak in the middle and the sauce and flavour packed in on top.

Like many great things the trencher is not new. We did not invent it though we have learnt from history and brought the trencher back to the modern day. Our take on the trencher is different though – it is no longer a plate but is served, as a focal point in its own right, actually on a plate. A supporting act no more – the trencher is rock and roll in bread form and the best thing since sliced bread (sorry)